What do you aim at when playing golf? Depending where you’re playing from, you could be aiming to hit the ball down the middle of the fairway, onto the green, or even in the hole. That’s one type of aim; your intended target. Another aim is the golf ball itself. You’ll be aiming to hit the ball solidly with the clubface, preferably the “sweet spot”.(1) There you have two obvious aims in golf; aiming to hit the ball properly and aiming to move the ball to a particular location. In The Golfing Machine, Mr Kelley describes a third aim, something he calls the Aiming Point.(2)

Before we explore the Aiming Point, let’s first look at another concept from The Golfing Machine - The Endless Belt Effect.(3) The Endless Belt is a simplified model of a golf swing and is designed to demonstrate the two different ways of moving the golf club during the downswing. The model is comprised of two rotating pulleys connected by a belt. Attached to the belt is a golf club. On our model below, the blue circle represents the hands, and the red circle the clubhead. As the pulleys rotate, the golf club moves around this machine.

Mr Kelley describe three properties of the Endless Belt model that affect clubhead speed during angular travel.(6) These are; the radius, the belt speed, and the pulley diameter.(7)
If you were to translate these properties into a real swing, you would extend the radius by using a longer shafted club, you would increase the belt speed by simply moving your hands faster and you would enlarge the pulley diameter by increasing the distance between your hands and your body, i.e. standing further away from the ball.(8)

If you cast your mind back to the Power Package you can see how linear and angular travel relate to the five stage sequence of accumulation, loading, storing, delivery and release.(9) During linear travel the hands are maintaining their relationship to the clubhead by moving at the same speed. This is delivering the stored out-of-line power accumulators. Once the hands and clubhead have been delivered to their intended point on the downswing, the power accumulators start to release their stored potential by moving towards their in-line conditions.(10) This period of release, where the clubhead increases in speed, is represented by the angular travel on the Endless Belt. So what, during the downswing, changes linear travel (delivery) into angular travel (release)? The release begins as soon as you start to straighten the right arm on the downstroke.(11) Or in other words, once you start to move the First Power Accumulator towards its in-line condition. This can occur at any point on the downswing from the top, to near impact, so long as there is enough time to release the accumulators sufficiently.(12) 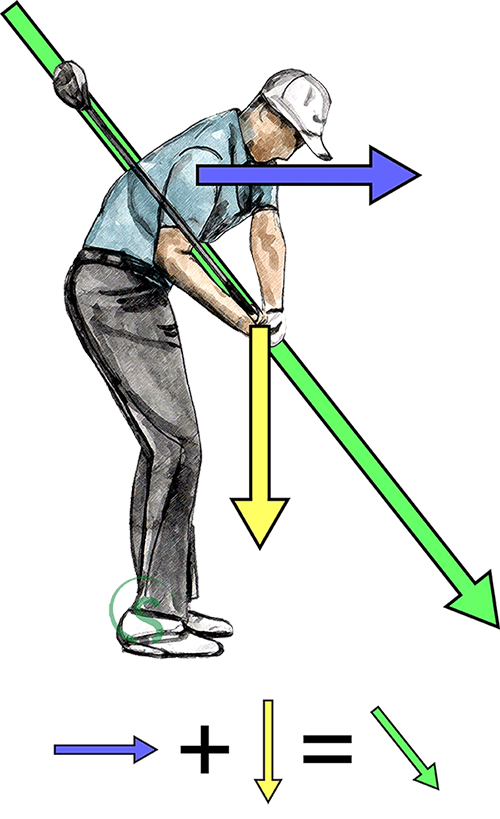 During the downswing, the golf club’s on plane motion is a result of two different forces working together. One is an outward force provided by the turning shoulders and the other is a downwards force provided by the straightening right arm.(13) With these two forces working together they keep the clubshaft on plane and provide the motion for a three dimensional impact - the clubhead moving downwards, outward and forwards through the impact interval.(14)

Now we understand release is a result of the straightening right arm, and this straightening right arm is producing a downward force. With this in mind we can discuss the Aiming Point. The Aiming Point is a location on the ground where you are aiming the thrust of your right arm. You can feel that thrust by using the pressure points discussed in the Power Package chapter.(15) The Aiming Point is an alternative to aiming for the ball. Instead you move your attention to another place on the ground and concentrate on directing force at that point. This is advantageous in two ways; firstly it ensures you are hitting down on the ball(16) something people can struggle with, and secondly you can ignore the ball altogether, so you aren’t making subconscious adjustments for impact.(17)

So where on the ground is the Aiming Point? On the Endless Belt model that’s easy to see. If you were to trace a line from the linear travel to the ground it would be there, where the right arm would be thrusting to initiate the release, the start of the angular motion around the pulley. 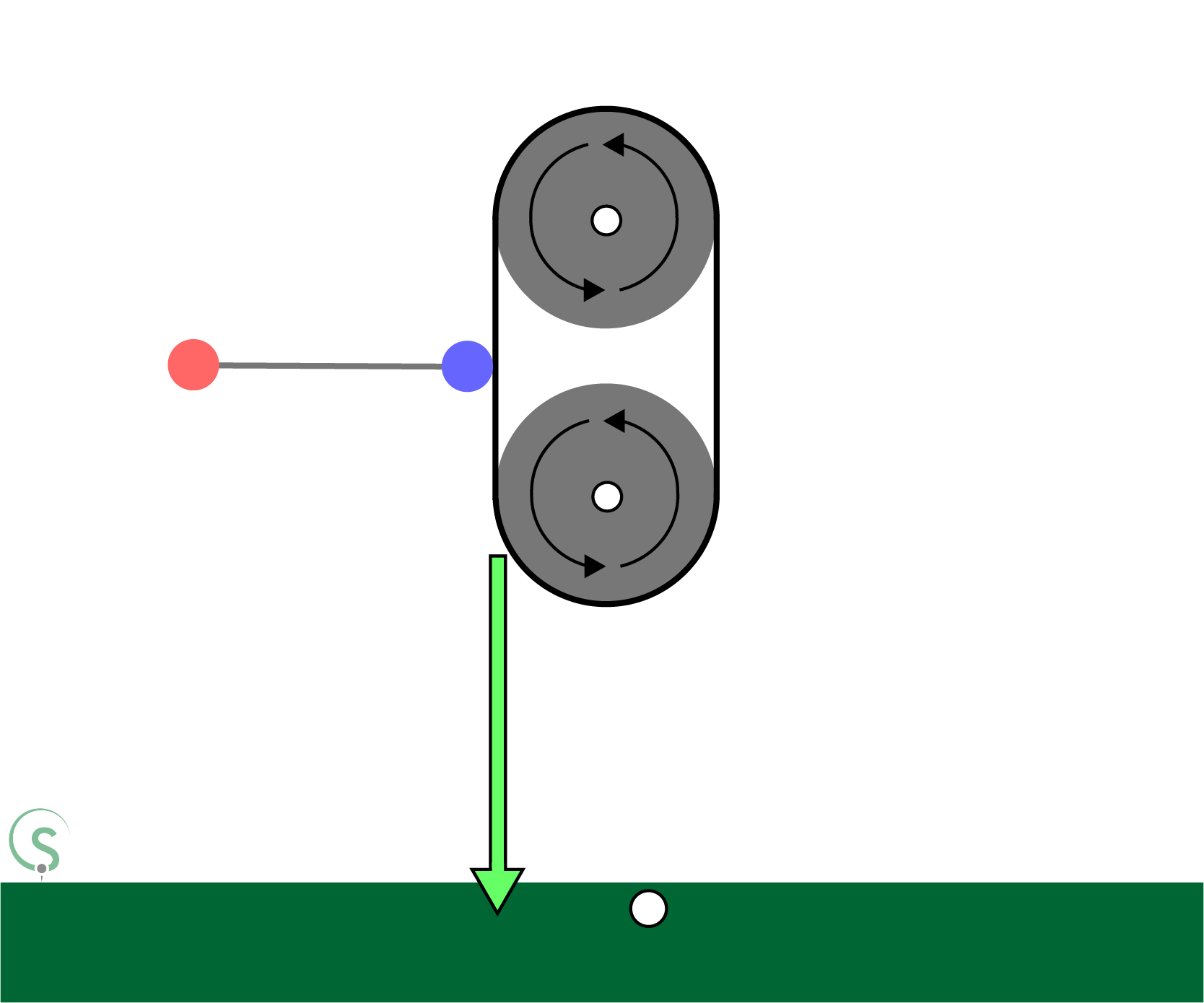